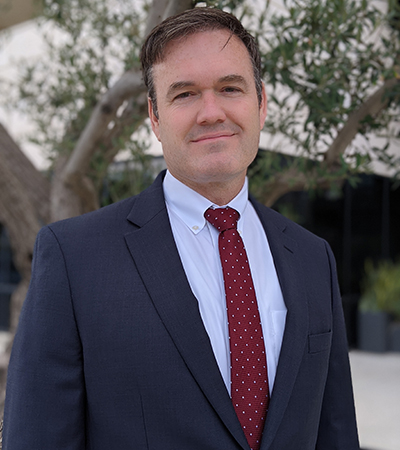 Greg is responsible for sourcing investment opportunities and structuring debt for LPP, while also playing a major role in asset management and construction management activities. Prior to dedicating himself full time to LPP, Greg was responsible nationally for the multifamily investment activity of TruAmerica Multifamily, a major multifamily investment company based in Southern California. Prior to this position, Greg was responsible for all aspects of multifamily acquisitions and dispositions at Archstone Communities for several years and also held a similar position at the Laramar Group. He has been actively sourcing and closing investment opportunities since 2002 and has developed a reputation as one of the top multifamily investment professionals on the West Coast. Combining his current and previous roles, Greg has acquired over 100 apartment communities, from the Western Markets to the Mid-Atlantic and Florida, ranging in price from $1 million to nearly $300 million. These transactions have included both core and value-added assets, as well as pre-sale and reposition opportunities. In total, he has personally sourced over $7 billion of multifamily investment across 33,000 units. In addition, Greg has been responsible for the disposition of more than 9,000 units, representing over $1.6 billion in sales proceeds. Greg holds a B.A. in Latin America Studies &amp; Economics from UCLA and an MBA in Real Estate from the Haas School of Business at U.C. Berkeley. 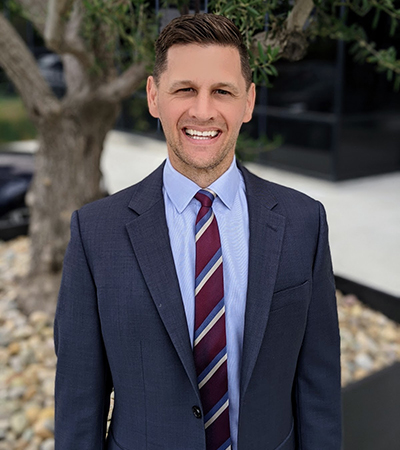 Dan supervises all transactional, legal and risk management matters for the Company and plays a major role in the asset management, financing, fundraising and other operational activities. Dan previously served as Vice President, Assistant General Counsel at Irvine Company, one of the premier real estate companies in country. As the largest multi-family property owner in California, Dan’s experience in the acquisition, development and financing of apartment properties is unmatched. He played a key role in structuring and executing numerous high-profile transactions during the pinnacle of Irvine Company’s growth over the past decade totaling several billions of dollars in acquisition and development costs. Prior to joining Irvine Company, Dan worked in the real estate department of Paul Hastings, a leading international law firm, where he represented real estate opportunity funds in complex transactions involving a variety of real estate asset classes, as well as institutional lenders in their loan originations and work outs of non-performing loans during the great recession. Dan graduated from Brigham Young University with a Bachelor’s degree in Japanese and earned his J.D. and M.A. from Duke University. He also spent significant time studying at Waseda University as a law student and Shimane University as an undergraduate student. Outside the office Dan enjoys spending time with his wife and three children, surfing, cycling and playing golf. 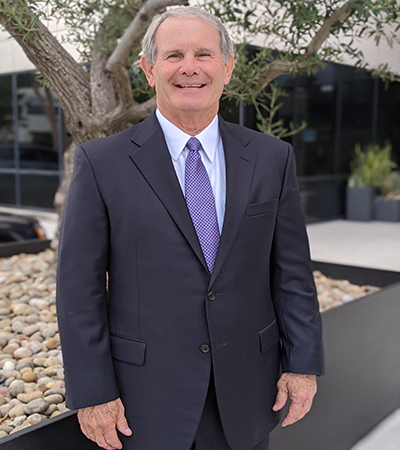 Walt is a principal and strategic advisor for the Company. He is a retired tax accountant who specialized in real estate tax. His clients included residential and commercial real estate developers, home builders, owners and operators of multifamily real estate and self- storage facilities. Walt also was the Vice President of Tax for a large private real estate company which specialized in home building, residential land development and owner of multifamily properties. He received his B.A. and Master of Accountancy degrees from Brigham Young University. Outside the office, he enjoys golfing and playing with his grandchildren. 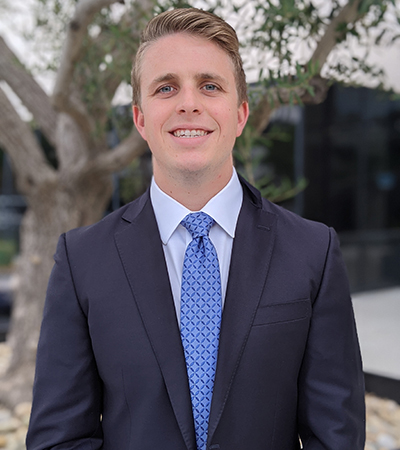 Garrett is responsible for the Company’s investment underwriting and transaction management, including acquisitions, financings, and dispositions. Prior to Laguna Point, Garrett spent several years at Berkadia as a Director in their Mortgage Banking Group underwriting and originating loans, as well as several years at a regional property management firm in Arizona. He graduated with a finance degree from The University of Arizona’s Eller College of Management. Outside the office, Garrett enjoys mountain biking, cycling and surfing.

Ana is responsible for administrative processes, bookkeeping, reporting, and organizational affairs. Outside of work, Ana enjoys going to the movies, spending time with family and friends and being outside (at the beach if possible).